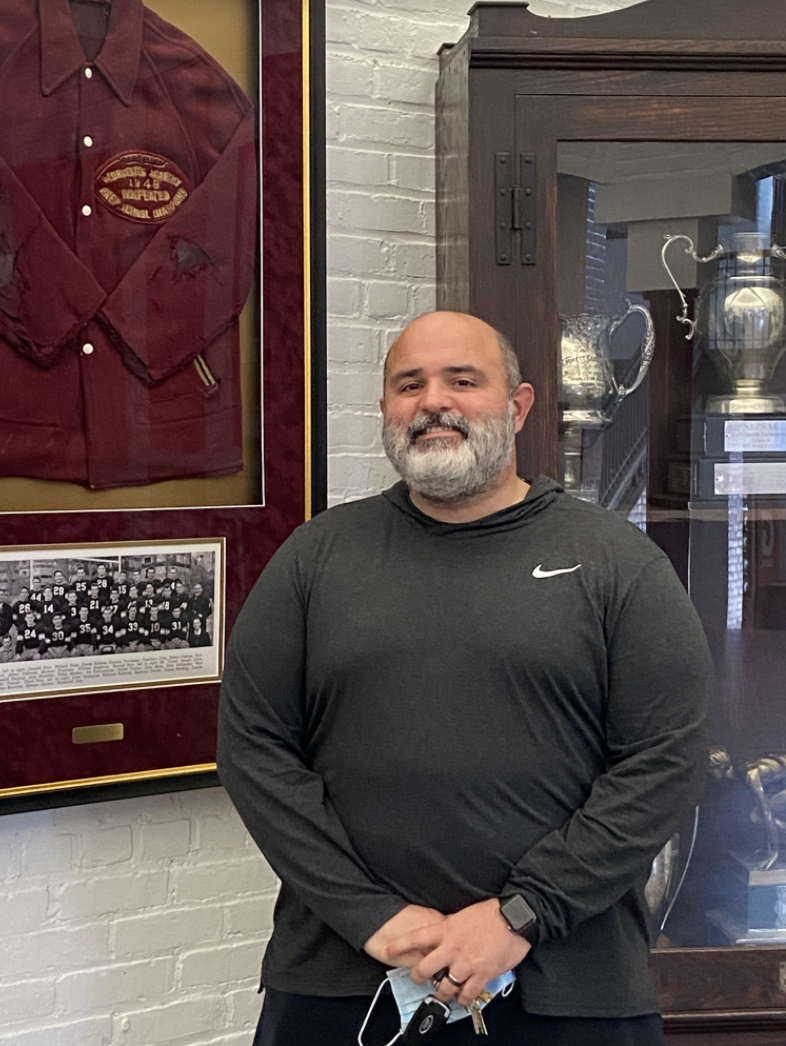 Coach Jeremy Bandy is the newest member of the Worcester Academy coaching staff, now coaching for our football team. The Vigornia sat down with Coach Bandy to hear about his coaching experience and his ideas for coaching at WA.

After being a long time college football coach, Coach Bandy took a break from coaching for one year and lived in Pennsylvania. When a close friend who was then a coach at Worcester Academy reached out to Coach Bandy about the opening here for a new football coach, he was swift to take the new job.

After Coach Bandy sat down with Head of School Mr. Cino for an interview breakfast, he decided that he wanted to pursue the job opportunity. The main reason for taking the job, he says, was due to his deep passion for coaching. He had missed coaching dearly, and he was ready to take the next step forward into his new coaching career.

Along with coaching football, Coach Bandy also played football in his hometown of Mansfield, Ohio. He also played Division 3 for his college.

While taking courses in college for a finance degree, Coach Bandy says he had no aspiration for coaching but instead went on to work in the financial industry. When 9/11 happened, he was fired, along with many other young financial workers. Afterwards, an old college football coach suggested he should coach football. Coach Bandy took a college coaching job in Pennsylvania and has been coaching ever since.

Many students might not fully know Coach Bandy as Coach Bandy, the football coach, but instead as Mr. Bandy, the history teacher. Though he did not study history specifically, Mr. Bandy’s wife, who he credits as his “primary support,” is a history teacher in the Worcester public schools. With the help of the history department, Mr. Bandy became the teacher many students know today. He has connected his love for coaching to teaching and says- “teaching is coaching.”

Published in Sports and WA Community