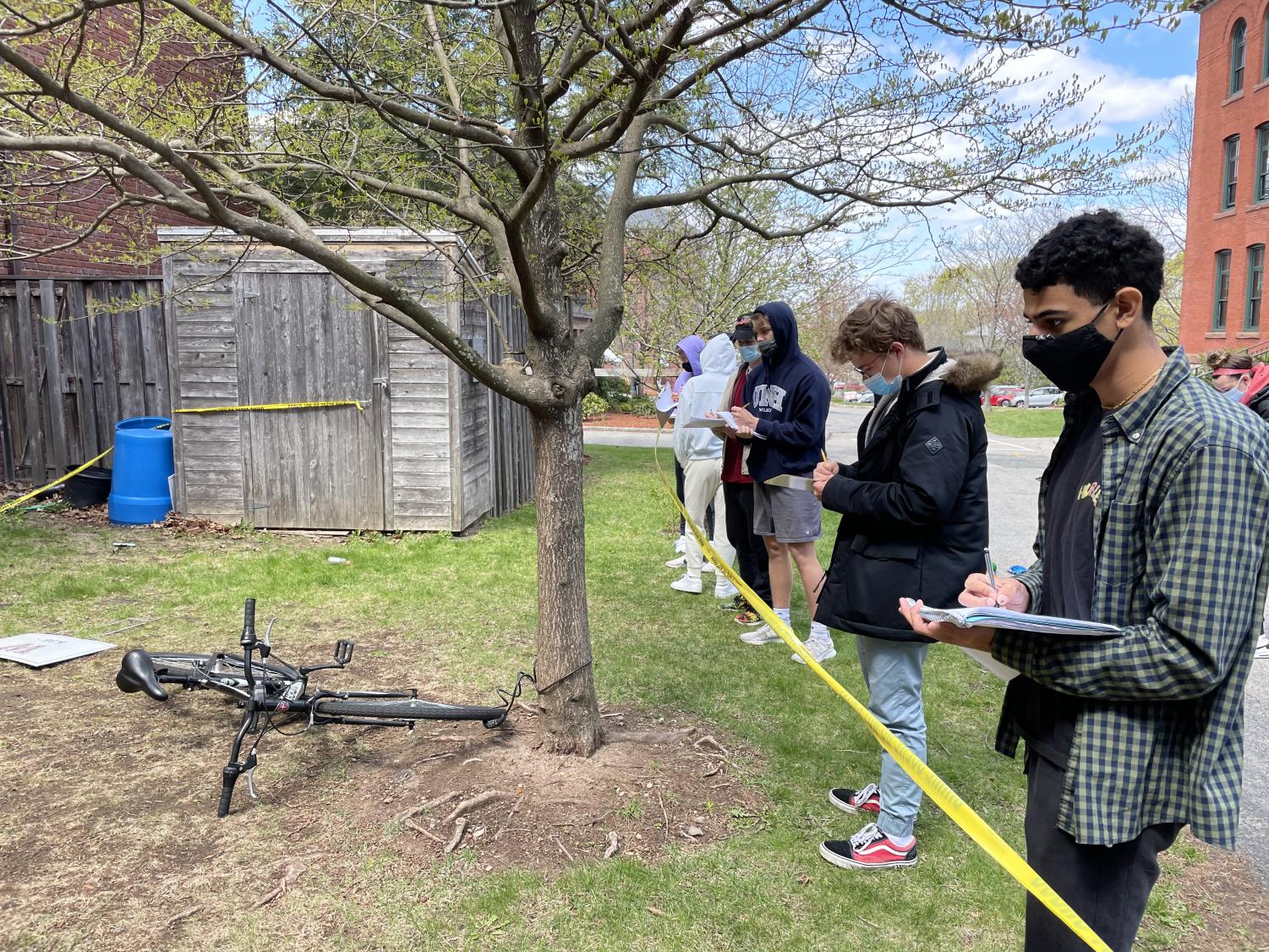 Reflecting on the past year, many WA students would say that 2020-2021 has brought us the worst and arguably some of the best of times. In the midst of it all, we as a student body were presented with a gem of the century: the Forensic Science class.

You’ve probably heard about forensic science; maybe through a show like Criminal Minds or NCIS. If you haven’t, Forensic Science, also commonly known as criminalistics, is the application of science to civil and criminal law. It is the study and collection of evidence from crime scenes to aid an investigation. Forensics can lead to the prosecution of perpetrators and also exempt innocent people from suspicion.

Taught by Honors Biology teacher Christopher Aguiar – a second year teacher here at Worcester Academy- Forensic Science has created a reputation like no other. Recently introduced in the 2020-2021 course selection process for rising juniors and seniors, the Forensic Science class, along with the Marine Science class, was a new addition to the WA curriculum.

Right away the excitement about the class had a lot of students talking. Do you think I’ll get in? and Do you think it will be fun? were just a few of the questions I heard lingering in the virtual WA hallways in early 2020.

I am grateful to be able to say I was given the opportunity to take the class this school year. It is something I have yet to regret. Forensic Science is not your traditional science class; you learn about a wide variety of forensic applications. Some of these might include dusting fingerprints or creating a cast of a shoe print. We were also able to study cold cases and serial killers.

I  recently met with with Mr. Aguiar to speak about the process of creating a new class and what his plans are going forward.

“How would it benefit students?” This was one of the first questions Mr. Aguiar was asked during the process of proposing a new class to the WA science department and is arguably the most crucial. Forensic Science isn’t your traditional lab science class, but it instead brings in new content that is specific to the course. Here are just a few of the benefits of the class: building and applying strong observational skills and knowledge in a greater context are what make the class so unique. Mr. Aguiar had to create a syllabus to be approved by the chair and administration which ultimately led it to the course catalog.

This led me to my next question, which was what surprised him the most about the class as a whole. He quickly responded that the amount of interest it had gained surprised him, as it led to the adding of additional sections.

Although it was a new class, the course “was created with the assumption that it would be taught fully in person, which had to change due to the nature of our hybrid school year. This required additional planning and changes to make the course engaging in a hybrid learning environment,” Mr. Aguiar explained.

He wished he had more time to plan out more virtual labs and work for when we were fully remote and to take into consideration that we had to continue with this learning style into early 2021. In the future he hopes to take more field trips to places like the Medical Examiner’s office and allow in-person guests in addition to the online speakers we had this year.

While there is no current plan to create an honors course it is not something Mr. Aguiar is opposed to and is that could be considered in the future.

The final question I asked him reflected on the beginning of the year and whether the outcome of the year was what he expected. His response was, “I’ve enjoyed this class,” and he made clear that while it has been a non-traditional school year, it has been a lot of fun to teach this class. Mr. Aguiar was surprised by the amount that we were able to cover and all the real life connections we were able to make.

As the school year winds down I am grateful that I was able to participate in such a fun and exciting class. If you are interested in any type of forensics or crime scene analysis, I would recommend taking this class. If you have any questions regarding content or prerequisites feel free to reach out to Mr. Aguiar and or catch him in K18.