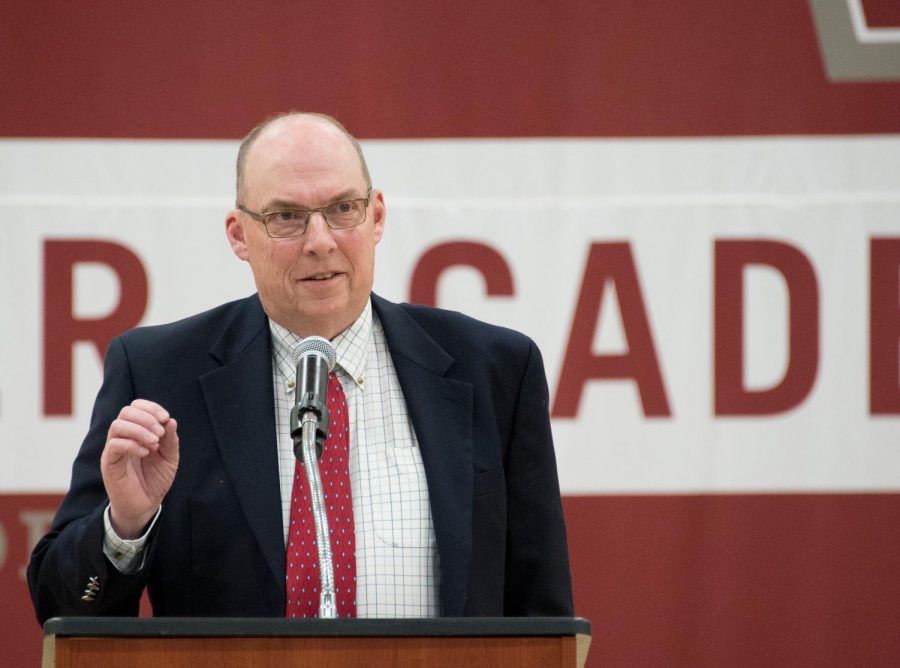 Robert Thorn is a longstanding member of the WA community. He has taught at WA in the Visual and Performing Arts department since 1977, and has also coached varsity golf at WA. Thorn is a career artist, and plans to continue his craft in his retirement. Known for his characteristic humor and wit, he will be sincerely missed.

He is the namesake of a new athletic award at Worcester Academy, the Robert Thorn award, and will be featured as this year’s graduation speaker for the class of 2018.

Vigornia editor Julian Kates ’20 spoke with Thorn about his time and experience at WA.

Julian Kates: How is your summer?

Mr. Thorn: Ok, played a lot of golf. If I could take a stroke off of my golf game everyday until mid July, then I would be really good

JK: What is your fondest memory about Worcester Academy?

Mr. Thorn: Meeting my wife of course, all of the friends that I made on the faculty, all the good kids that I met there over the years. All the people really. It’s not about the buildings, it’s about all the people that I have met.

JK: If you could change one thing about Worcester Academy, what would it be?

Mr. Thorn: I would definitely have more playing fields near the school. You know, just so that we don’t have to bus people across town all the time.

JK: What do you love most about Worcester Academy?

Mr. Thorn: The people, that’s really it. It’s not too complicated.

JK: What will you do now that you have retired from teaching?

Mr. Thorn: I’m going to create some artwork, hopefully play some golf, and take care of the grandchildren.

JK: Would you like to come back and visit Worcester Academy?

JK: What will you do to keep the Mr. Thorn legacy alive at Worcester Academy?

Mr. Thorn: *Laughs* Hard to say. I don’t know. Be around? I want to be a resource for people that need me. I’d love to go to lots of games, and just be there for people when they need it.