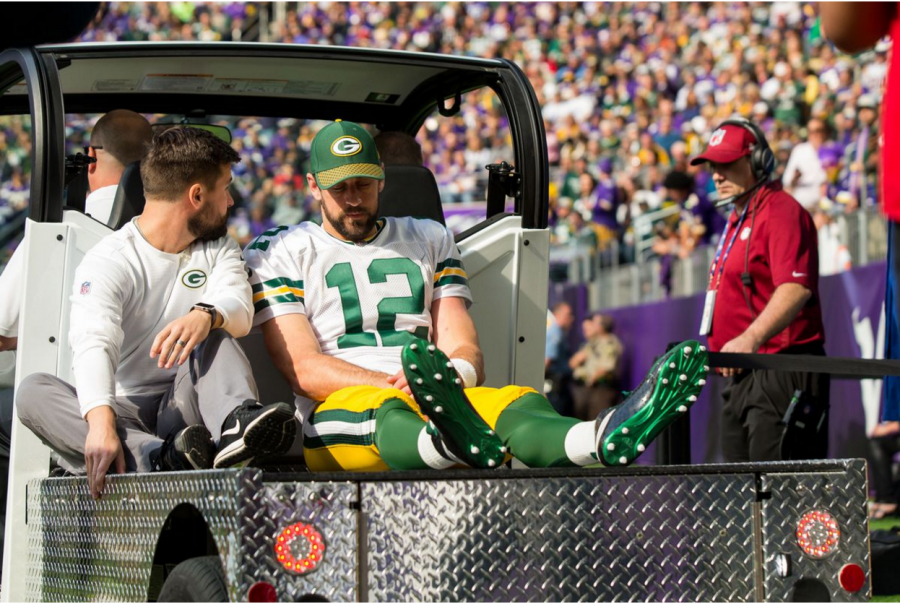 Week 6 of the fantasy season was bountiful of high-point performances. We have seen many players thrive- often times as expected due to favorable matchups- such as Kirk Cousins as he decimated a poor San Francisco secondary. However, it seemed just as common for players to squander opportunities, an example being Keenan Allen continuing his disappointment of a season, despite facing off against a rather atrocious defensive backfield.

Shifting focus to the upcoming week, I will discuss my ‘Starts and Sits’ for non PPR, ESPN basic leagues, as well as trade methods looking forward to potentially beef up your lineup as the season progresses. A running back ranked 20th overall while riding on one of the most inconsistent fantasy seasons I have ever laid my eyes on will nevertheless be a valuable asset in winning this week. DeMarco Murray of The Tennessee Titans is coming off a very solid, yet rare performance, pooling together 14.7 points from a late touchdown, as well as over 40 yards rushing and receiving. Murray’s newfound versatility will ultimately result in a promising performance this Sunday as the Browns are surely lacking in the defensive front. However, Derrick Henry is receiving an increased workload, so following this inviting matchup in Cleveland, be prepared to shop Murray on the trade block. The Atlanta Falcons receiver, Julio Jones, has experienced nothing less of a let down during the first five games, averaging a meager 7.3 ppg, and without a single TD. But be sure to keep Jones in your starting lineup this week, as New England’s defense as a whole has continuously shown nauseating performances, with their secondary taking the cake as the greatest liability within their defensive unit. Jones is bound for a big game sooner or later, and against a Patriots defense, which remains as only a hollow shell of what they once were, be prepared for a 20+ point performance from Matty Ice’s favorite target. Another wide receiver with an immensely flattering matchup is Dez Bryant, who will go toe to toe with a lackluster secondary that is the San Francisco 49ers. Dez has not been the same fantasy producer ever since Tony Romo passed the torch to Dak Prescott, but after scoring three times in the past four weeks, Dez Bryant is a definite WR1 heading into week 7. As he so often does, Packers wideout, Jordy Nelson, has had a rather remarkable season up until last week, due to Aaron Rodgers enduring his season-ending injury.

Brett Hundley, now being named as Green Bay’s starting QB, does not bode well for Nelson. On top of playing a recently talented Saints defense, be prepared to sit #87. A very well-known name around the league has had his first breakout game of the season, as newfound Cardinals’ running back, Adrian Peterson sliced his way through a Tampa Bay defense for 134 yards and two scores. But don’t expect his numbers to stay at this height, as AP has lacked consistency since he had regressed from his prime while in Minnesota, and the haunting matchup of a stingy Rams defense does not seem tempting. Peterson will likely produce a handful of sturdy performances throughout the remainder of the year, but his sheer inconsistency as a fantasy player in this day and age is troubling. Be sure to ship Peterson before this Sunday while he still holds a high trade value.  If your team is being plagued from inconsistencies, poor matchups, injuries, and bye-weeks, some solid waiver-wire additions may be beneficial. Jacksonville Jaguars WR, Marqise Lee, is currently leading his team in receiving production for the first time in his early career. Following a quality performance of 10 points (without a TD), against the same resilient Rams defense mentioned earlier, Lee is a substantial FA option, as he is available in 65% of leagues. The fact that the Colts have let up the fourth-most receiving yards per game adds to Lee’s week 7 value. Falcons’ TE, Austin Hooper, is a quality waiver-wire option, as he can be found in free agency in 60% of all leagues. After putting up nearly 20 points in week 1, Hooper has proven that he can produce breakout numbers, and against a Patriots defense that has allowed the 3rd most total points to tight ends this season, he will surely be worth your while.