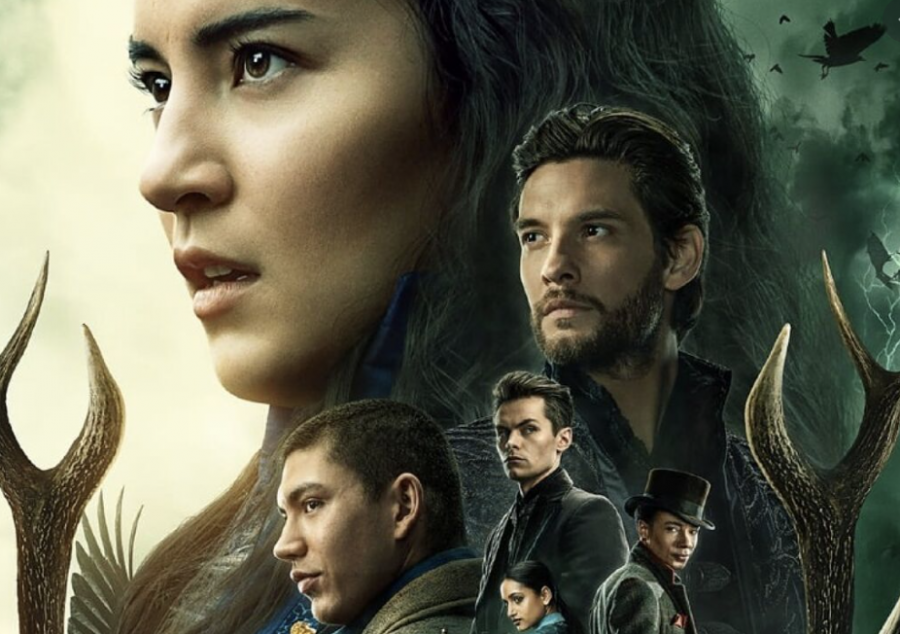 From the plot, to the romance, to the Crow’s mischief, Shadow and Bone is amazing.

The way that the writers were able to combine the Shadow and Bone trilogy as well as the Six of Crows duology stories came together really well. They had all the romance that was included and portrayed each character accurately. The show even made me like certain characters that I was not very fond of in the books, such as Matthias Helvar. People who have read the books are able to tell that each actor and actress studied their character with incredible focus.

The story is based on a fantastical world, where some people have special powers, known as the Grisha. They are categorized into three groups: Etherealki, Corporalki, and Materialki. Etherealki are made up of Summoners, which are the Squallers (who control wind) , Inferni (those who control fire), and the Tidemakers (who control water).

The Grisha make up the Second Army for Ravka. General Kirigan, the Darkling, is the leader of this army. His abilities are dangerous and not of the normal Grisha powers. Many people fear him, since his ancestor is known as the Black Heretic. The Black Heretic created The Shadow Fold, which is an area that splits Ravka from West Ravka. No one has ever met the Black Heretic or really knows who he was. Very few people have survived the crossing, because there are creatures known as the Volcra that kill mortals and Grisha. For centuries Ravka has been looking for something to destroy the Fold.

Alina Starkov, played by Jessie Mei Li, is an orphan from Keramzin, now a mapmaker for the First Army, who has only wanted to stay with her best friend Mal Oretsev, played by Archie Renaux. At a certain age children are tested to see if they are Grisha. If they are, they’re sent to the Little Palace where they learn how to control and use their powers. When Mal and Alina were in the orphanage, people from the Little Palace were sent to test all the children, but Mal was injured so he was not tested. Alina did not want to be separated from Mal, so she harmed herself so that the test would not work.

Years later Alina and Mal were sent to cross the Fold, but something happened in the Fold. Alina glowed. She had no idea that she was Grisha in the first place, but especially no ordinary Grisha, a Sun Summoner. The Darkling took Alina under his wing to be able to train her to use her powers and one day to destroy the Fold.

On the other side of the Fold, Ketterdam, there are many people who will do anything to become rich. The Crows, made up of Jesper Fahey(the Sharpshooter), Inej Ghafa (the Wraith), and Kaz Brekker (Dirty Hands), are given an opportunity to gain 1 million kruge if they bring the Sun Summoner back to Ketterdam. So they do exactly what they were asked, but encounter many obstacles along the way. They were told that a Heartrender, Nina Zenick, would be of use to them, but she was taken by the Druskelle.

The Druskelle are Fjerdans, who hate Grisha and believe that they use witchcraft. They are programmed to hate the Grisha. Nina was captured, but while she was on a ship towards Fjerdan an awful storm hit and caused the ship to be destroyed. Nina as well as a Druskelle, Matthias Helvar, survived. They had to learn to work together to survive, rather than be against each other.

Alina, the Crows, Nina Zenick, and Matthias all come together by the end of the show to take down an even larger problem. There is romance, violence, and comedy all packed in the show. You will not be disappointed in this show, but will want to continue watching the show. The ending will have you confused as well as thirsting for more.

Netflix released the first season of this show on April 23rd. Shadow and Bone includes 8 episodes that run for about 50 minutes each.