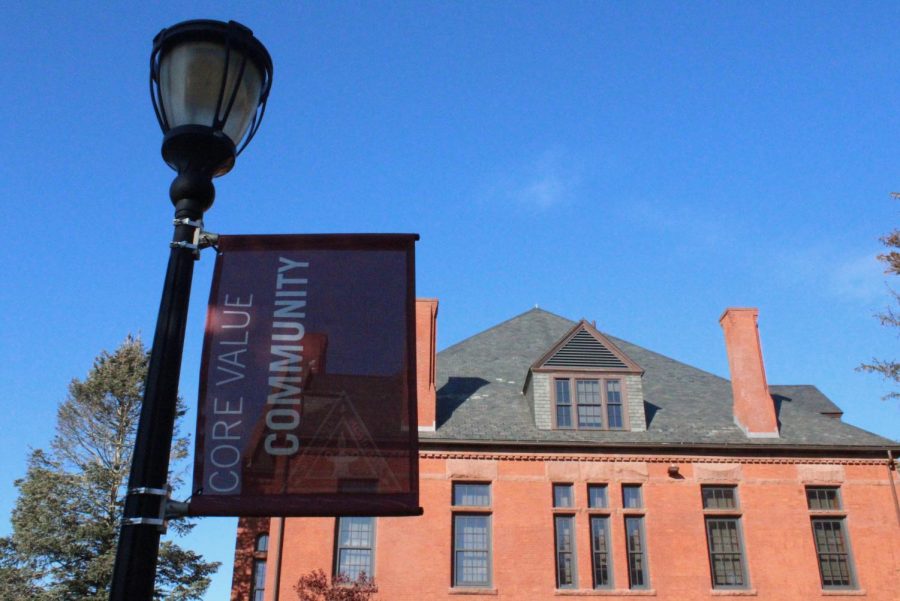 Over the course of the school year thus far, Worcester Academy has worked hard to ensure its students’ continued academic life. In addition to its academic program, WA’s extracurricular activities, such as sports and visual and performing arts, play massive roles in student life. However, due to COVID-19, the WA extracurriculars have been challenged to continue safely and effectively.

Some extracurricular activities, including most clubs, have been restricted to meeting only via Zoom, but most sports thus far have been able to be played during the pandemic. Some students who participate in the visual and performing arts are questioning the reasoning behind the choices made, and hoping to also have the chance to perform in person at some point this year. The Vigornia reached out to Donald Irving, Chair of the Visual and Performing Arts Department, Edward Reilly, Director of Athletics, and Ron Cino, Head of School at Worcester Academy, to hear their reasoning and opinions about the current decisions being made.

The Visual and Performing Arts Department has had its past few shows via Zoom. The reasoning behind this choice is that students, both hybrid and totally remote, were able to participate in the shows, both technically and as performers. Mr. Irving told the Vigornia that he was very proud of the work of Mr. Plante for the murder mystery, “Cheese and Homicide at the Corleon Hotel,” and of the fact that the middle school performance was filmed in a safe and socially-distanced manner outside.

Many performing arts students wonder whether this year’s musical will continue to be like other shows and be online. Still, Mr. Irving cleared the air and stated, “For the spring musical, we are planning an in-person production. In order to be inclusive and allow options to distance learners, we are planning to interweave recorded scenes with those performed on campus. We are also designing the show so that we can switch to a fully remote production if necessary.”

Much work has also been put in to allow sports to continue in-person. Speaking about the decision to continue with athletics, Mr. Reilly said, “With a great deal of support and collaboration we have opted for the latter option [to continue in person] and entrusted our capable coaches to teach kids about respect for one another, about appreciating each person’s background and about getting kids to work together for the common good. At times, we lose sight of the value of everyday experiences – certainly a by-product of the Pandemic for many – until they are gone, and we did not want to miss out on the opportunity to help create positive experiences for our student-athletes.” Worcester Academy hopes to continue the school’s athletic program and bring hope to those in the game and out.

When asked about the continued operation of sports and performing arts, Mr. Cino responded with gratitude and hope for the extracurriculars here at Worcester Academy. He talked about how both the athletic department and the visual and performing arts department advocated for students to be able to continue each of their out-of-school activities and keep planning and shaping plans for the future. Mr. Cino ensured that Worcester Academy is working at its best with guiding agencies including the CDC, DESE (Department of Elementary and Secondary Education in MA), MIAA (MA Interscholastic Athletic Association), and DPH (Department of Public Health). “Whether it is athletics or the arts, my goal is to support each department’s choices, which would include supporting the evolution of their choices over time,” he commented.

Hopefully, as Worcester Academy reaches the end of the 2020 – 2021 academic school year, students can continue to actively participate in extracurricular activities without worrying about not being able to.