The 2020 Election and Worcester Academy 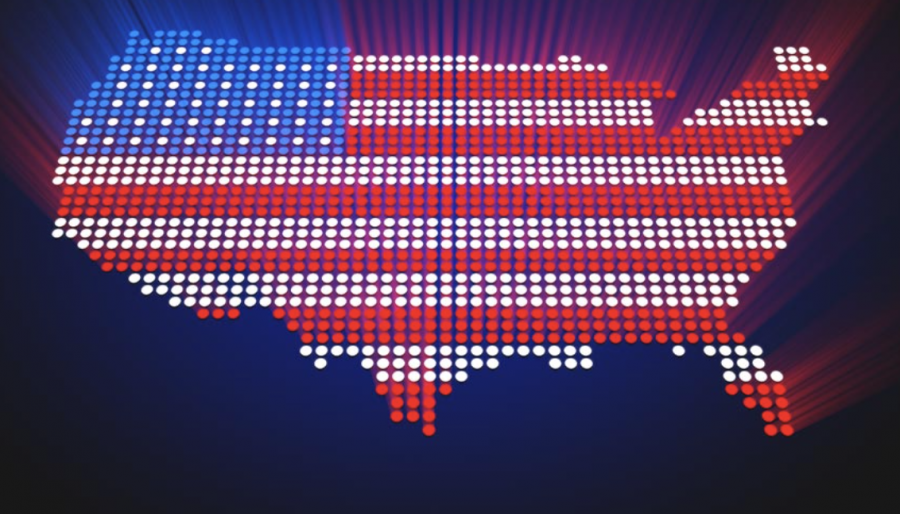 Joe Biden was declared the winner of the 2020 U.S. presidential election. Still, the controversy over allegations of voter fraud, lawsuits by President Trump, and two months until inauguration means that stress about politics is far from over. This can cause distress and anxiety for many people living in the U.S, especially teens and young adults, who appear to be more involved in politics than ever before.

But what about the effect of the presidential election on campus at Worcester Academy? The Vigornia polled students to gain insight into how our community is feeling about the election.

The Vigornia polled students in advance of election day about what topics most concerned them in the election. The two issues students seemed to care most about were climate change and racial justice. The full range of student responses are displayed here: 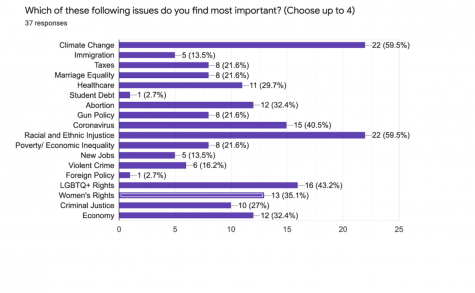 The Vigornia also asked about the stress that students at Worcester Academy felt about the election. On a scale of one to ten (ten being the most stressed), students averaged an eight.

This underlying stress may be for several reasons: one reason is that many of the students’ lives could be personally affected by the outcome of the election. Another reason for this high level of stress could be the effect of the election on people’s relationships. People who have differing opinions from family members or friends could feel more isolated or disrespected. Finally, many community members have cited the combined effect of the election season and the ongoing pandemic as a source of anxiety.

During these times, you can always reach out to the counseling office for a safe space to talk about any further anxiety you may have.