Ms. Fenner: The Backbone of the Upper School 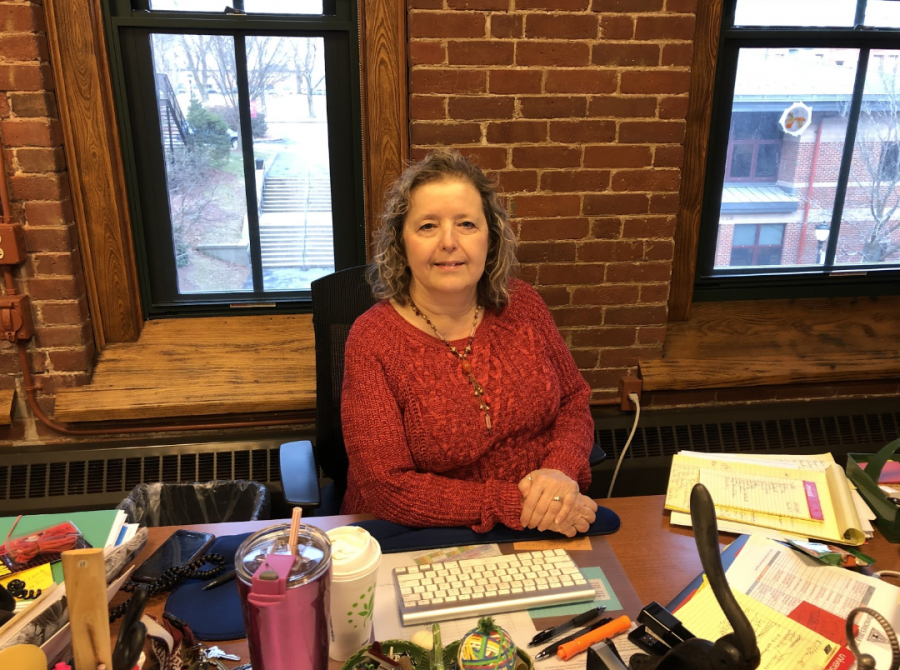 Mary Fenner, arguably the backbone of the Upper School, is a dedicated and hardworking employee who has had an incredible impact on the Worcester Academy community.

Growing up in Leicester, Massachusetts, Ms. Fenner attended St Peter-Marian High School in Worcester, Massachusetts. During high school, she aspired to be hairdresser but was quickly shut down by her advisor. She continued her studies at Quinsigamond College and got her Associate’s Degree in occupational therapy. Shortly after graduating college, she had her two kids, Josh and Ashley, and began working at a daycare. Soon after she began work at a daycare, she heard about a job opening in the college counseling office at Worcester Academy. She worked in the College Counseling office at WA for a while until deciding to move to Florida. While living in the sunshine state, Ms. Fenner got a job at the Hope Rural School as a librarian. After about 5 years in Florida, she moved back to Massachusetts, where again there was an opening in the college counseling office at Worcester Academy. After some time advising students on college, she moved into the Upper School Office, where she has been working for the past three years.

She now has a busy daily schedule in the Upper School Office. A day in her life includes maintaining the calendar, scheduling all the events for the Upper School, and helping Ms. Peterleitner in her tasks.

Ms. Fenner is also a beloved senior advisor, highly praised by all her advisees. She says her favorite parts about working at Worcester Academy are watching the students grow and succeed and working with everyone on campus. She thinks the Worcester Academy community is very supportive one.

After speaking to Ms. Fenner, both for this article and during my three years at WA, I would describe her as a kind person, who sets a great examples for others around her. She is always there when you need her, and it is very admirable to see all the hard work she does for our school. She plays a crucial role at WA and has a truly inspiring work ethic.